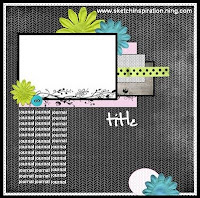 A friend told me about the Bo Bunny sketch challenge so I thought I would do a layout using the new Bo Bunny "Midnight Frost" Collection. It is so pretty. I decided to flip the sketch because it worked better with my photos.
I had to use the photos of my grand daughter Annie because of the colors and the snowflakes that were on her jogging suit. The love a toddler learning to walk and trying to run, never a moment to sit down, so we were very thankful for our playpen. The layout deadline is November 3rd for the challenge. 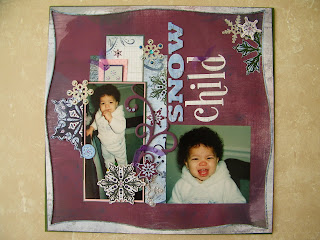 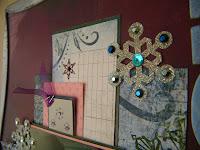 I love hidden journaling. So the tag that I used is a Heidi Grace Journal Mount Sticker. I placed a sheer purple ribbon that has been stapled on to the left corner using the Tim Holtz Tiny Attacher, also added a few lavender gemstones to the center of the snowflakes. I just slid it in behind my photo. 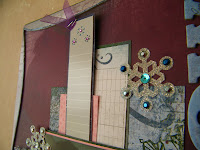 I pulled the journal tag out a bit so you would have a better look at how it will be. I love clever ways to make my pages have some interest and adventure to them. 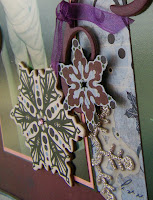 I placed my flourish to the right side of my double mounted photo after I added some of my purple sheer ribbon to it and added pop dots to the snowflake that I fussy cut. I added a some gemstones and some glittery snowflakes from EK Success to my layout. 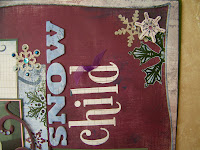 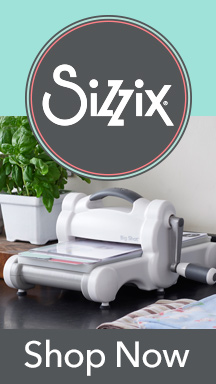